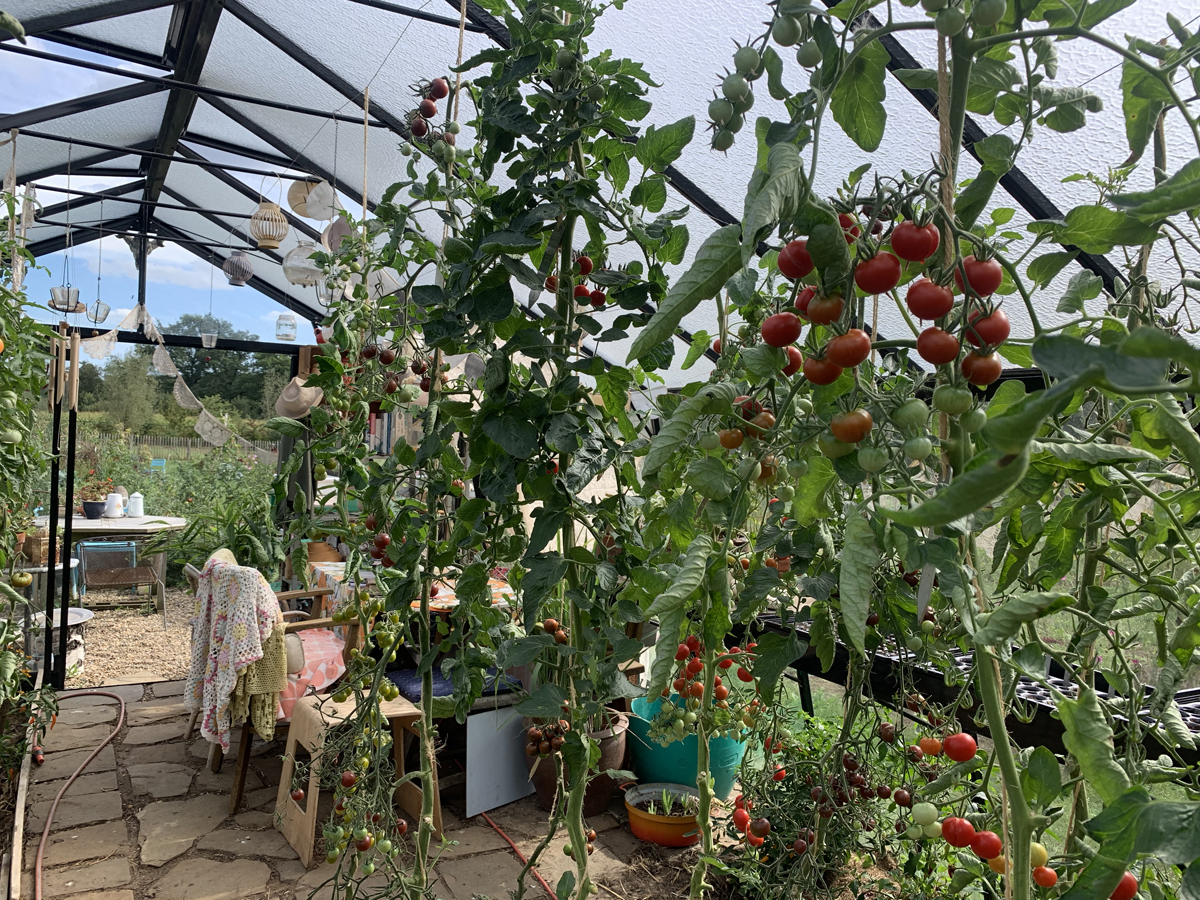 Although some days still feel quite summery, autumn is already tangible. Especially when the alarm clock goes off. Since when is it still dark at seven o’clock?
Also in the greenhouse you can feel that the sun has lost much of its power, the tomatoes ripen much less quickly and I can only harvest three cucumbers a day instead of 7. (Or so it felt anyway.)

To allow the diminishing sun to do its work, you systematically remove all leaves from under the ripening tomatoes until, by September, the fruits of the highest truss also hang in the sun. The plant can now put all its energy into the fruit instead of having to divide it between leaves and fruit. At the same time, reduce the amount of water given, as too much can evaporate and cause the fruit to burst. But it is just as important to think about the future. What if the tomatoes are out of the greenhouse? It’s often overlooked, but with a greenhouse, you’re in the colder months of the year, just as much as you are in the summer months. And there is much more to harvest than lettuce and cauliflowers. How about beets, fennel, chard and a whole selection of fresh herbs and leaves? I’m waiting for the worst of the heat to subside before filling all the seed trays again to plant out in October. You can still sow all kinds of things directly into the ground, but by pre-sowing now you gain extra time. Also sow vegetables and herbs that you can still harvest from the vegetable garden: chard, parsley, celery… These plants can withstand quite a bit of cold, especially if you protect them with some straw, but they will not grow very fast. The greenhouse then offers that extra protection that makes all the difference.

Instead of sowing now (or when you forgot to sow) you can also move some plants from outside to the greenhouse in October. But of course nothing beats nice fresh young herbs and leaves.

What to do in September:

In February, the weather can go in almost any direction, it can freeze, it can thaw and there are certainly days in which spring is already in the country.

The greenhouse in February

It is a great convenience to have extra sowing space available in the spring!